For a few years now, I’ve been imagining these words, with an Argentinian accent, coming from the loudspeakers at Ministro Pistarini International Airport in Argentina.

It is not necessary to consult Freud to know that my desire to experience the sensation of traveling again (not to any destination but to Cuba) is rooted in the forced stillness that COVID-19[female[feminine brought us.

A few days ago, I finally got on a plane from Cubana de Aviación and landed on the island. Contrary to my fantasy, when I arrived at the airport there was no high-pitched voice announcing my destination. Neither of the information screens indicating the counter where my flight was controlled. 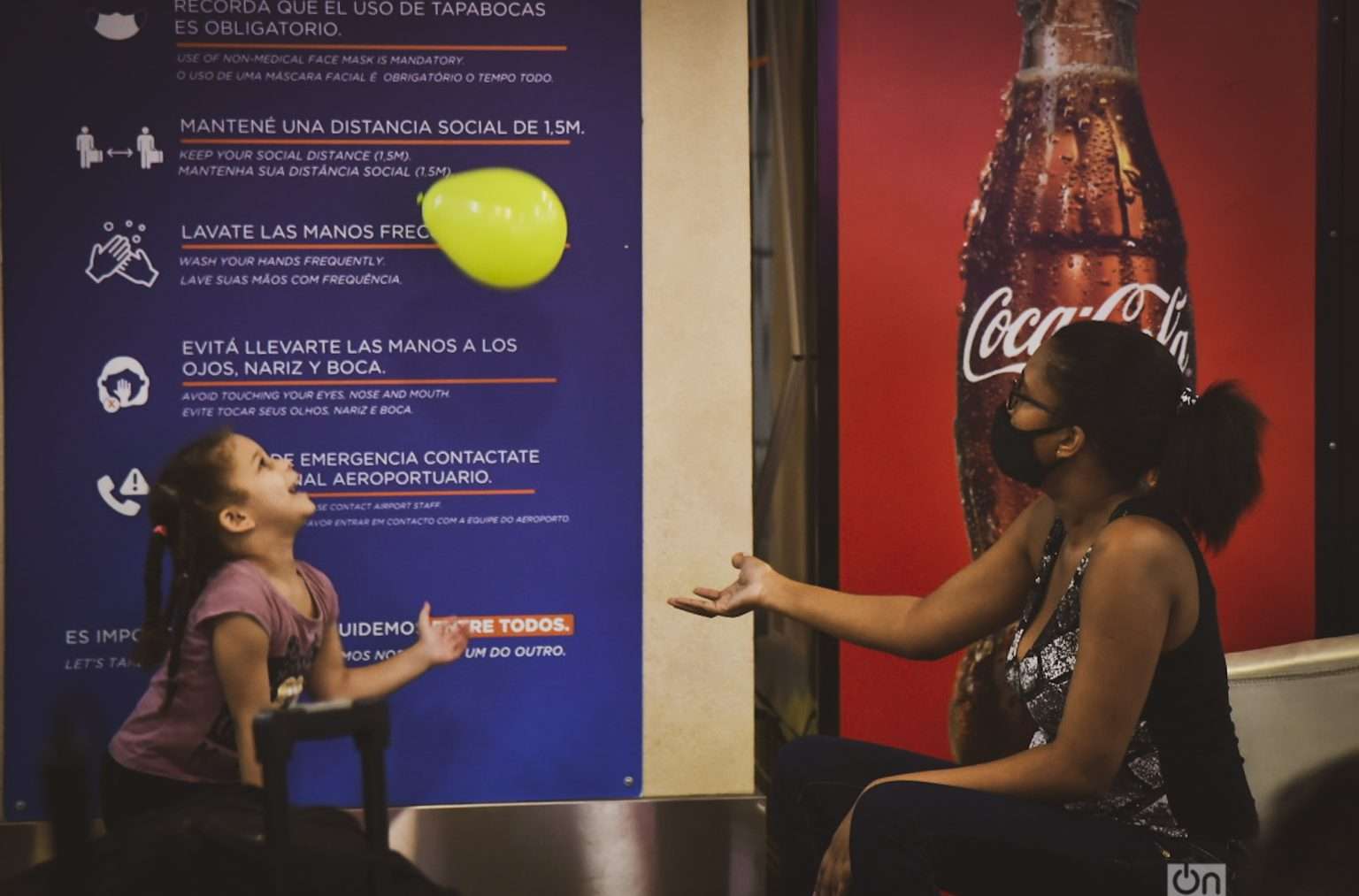 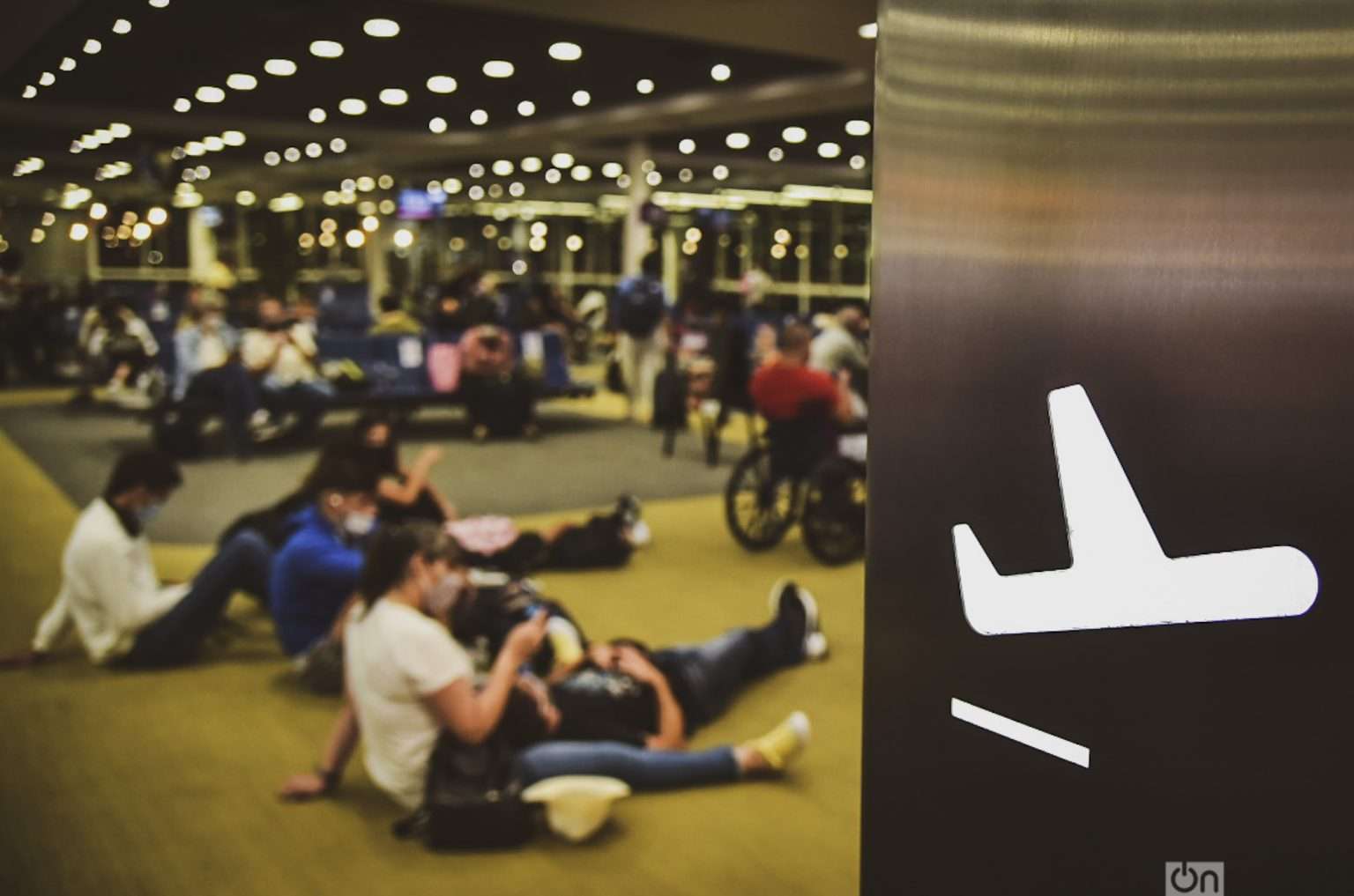 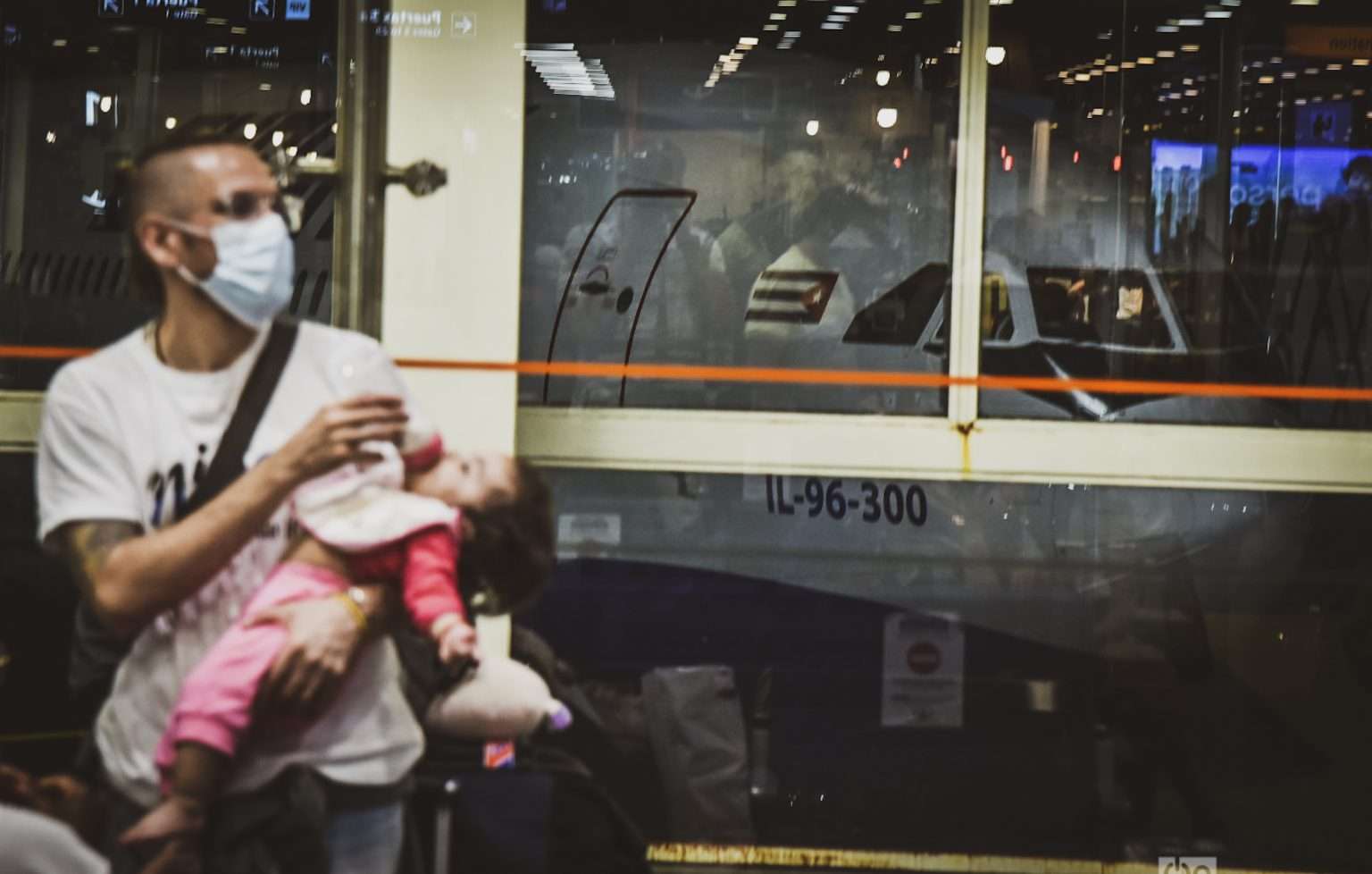 None of this was necessary. It was there, prominently, the line of flight 361 from Cubana de Aviación, bound for Havana. The unequivocal proof was that the line of passengers looked like a giant snake, zigzagging through the huge lobby, with packages of all shapes and sizes as if this scene were a man-made mountain system inside the airport. 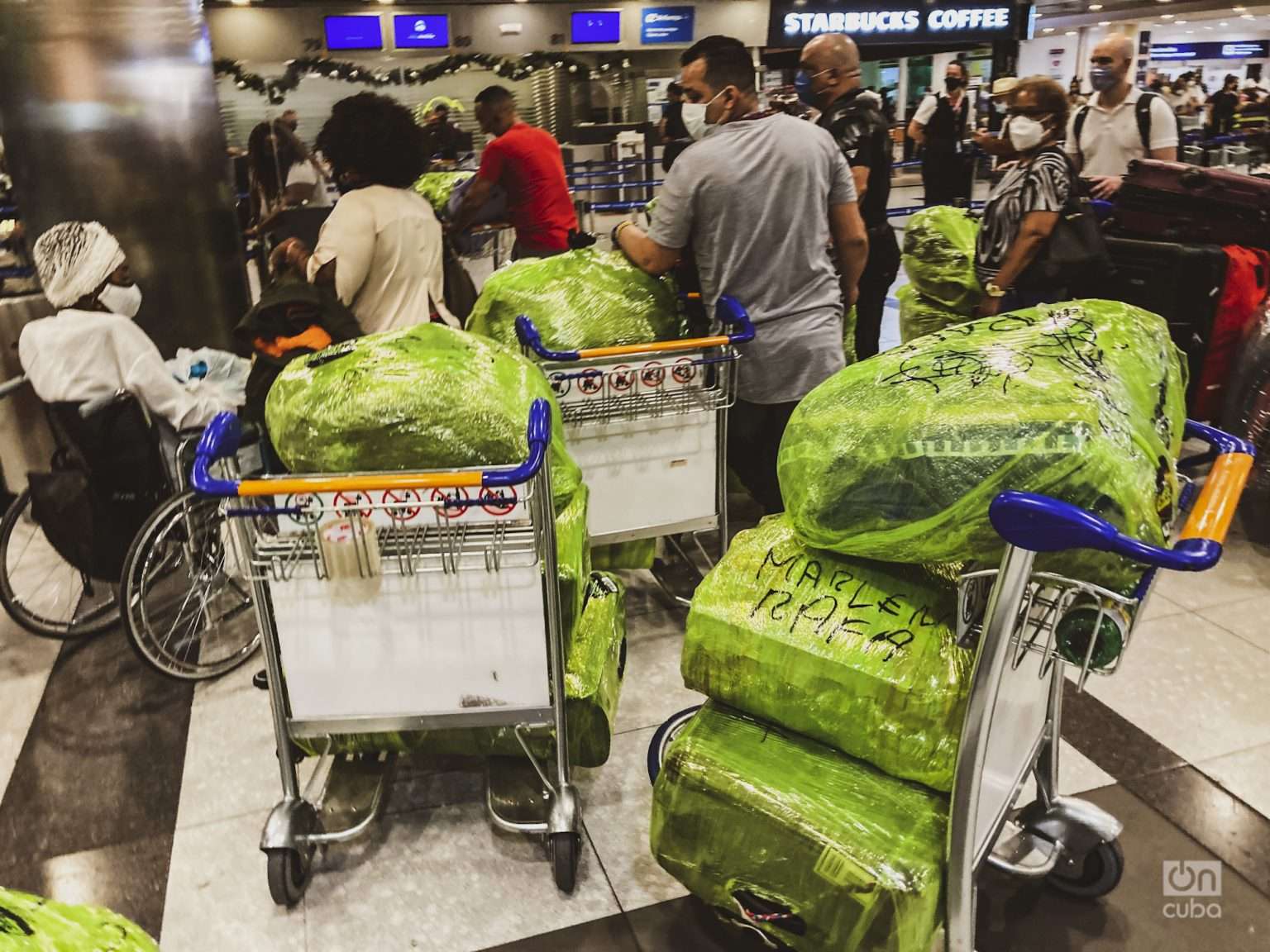 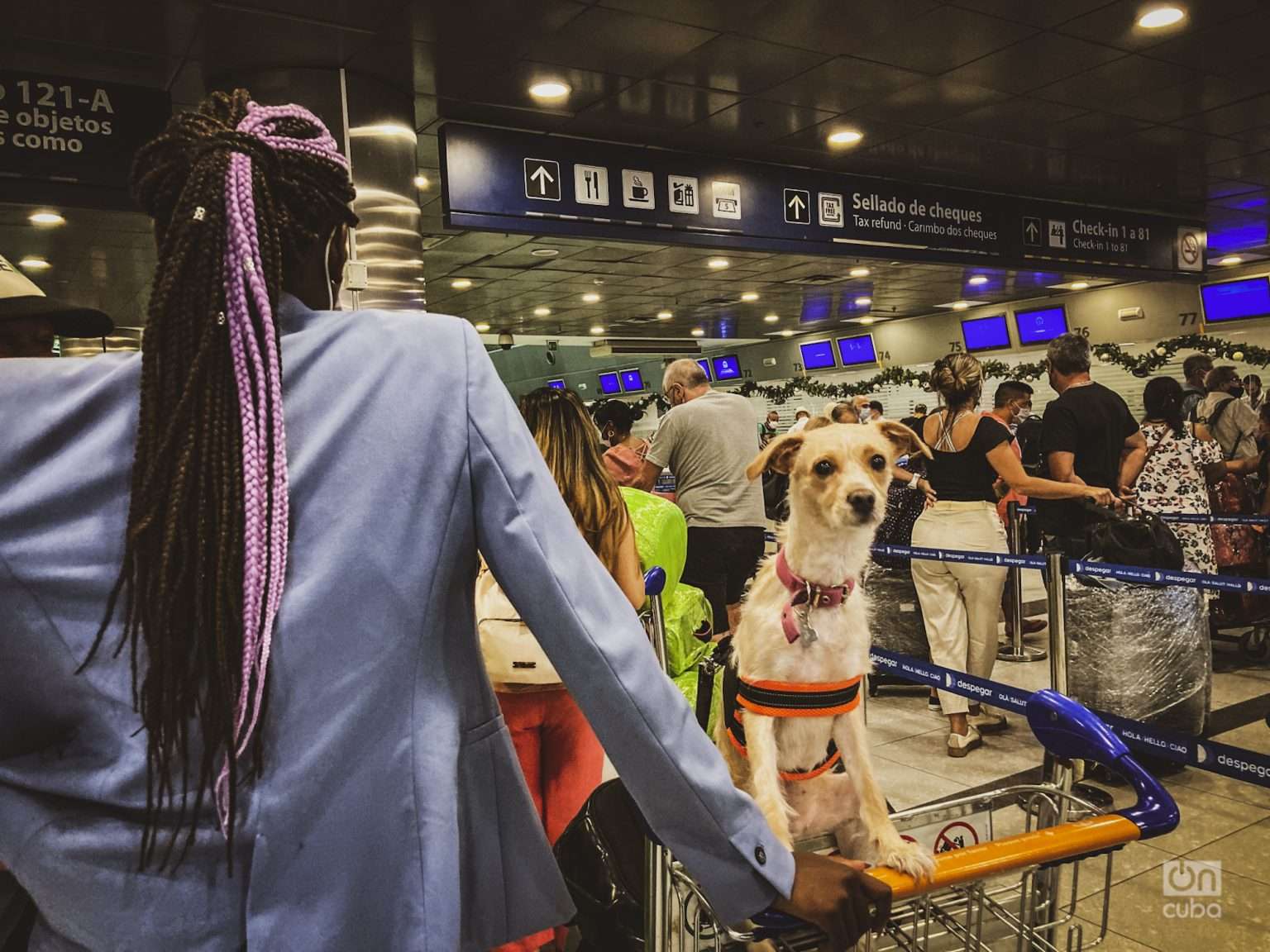 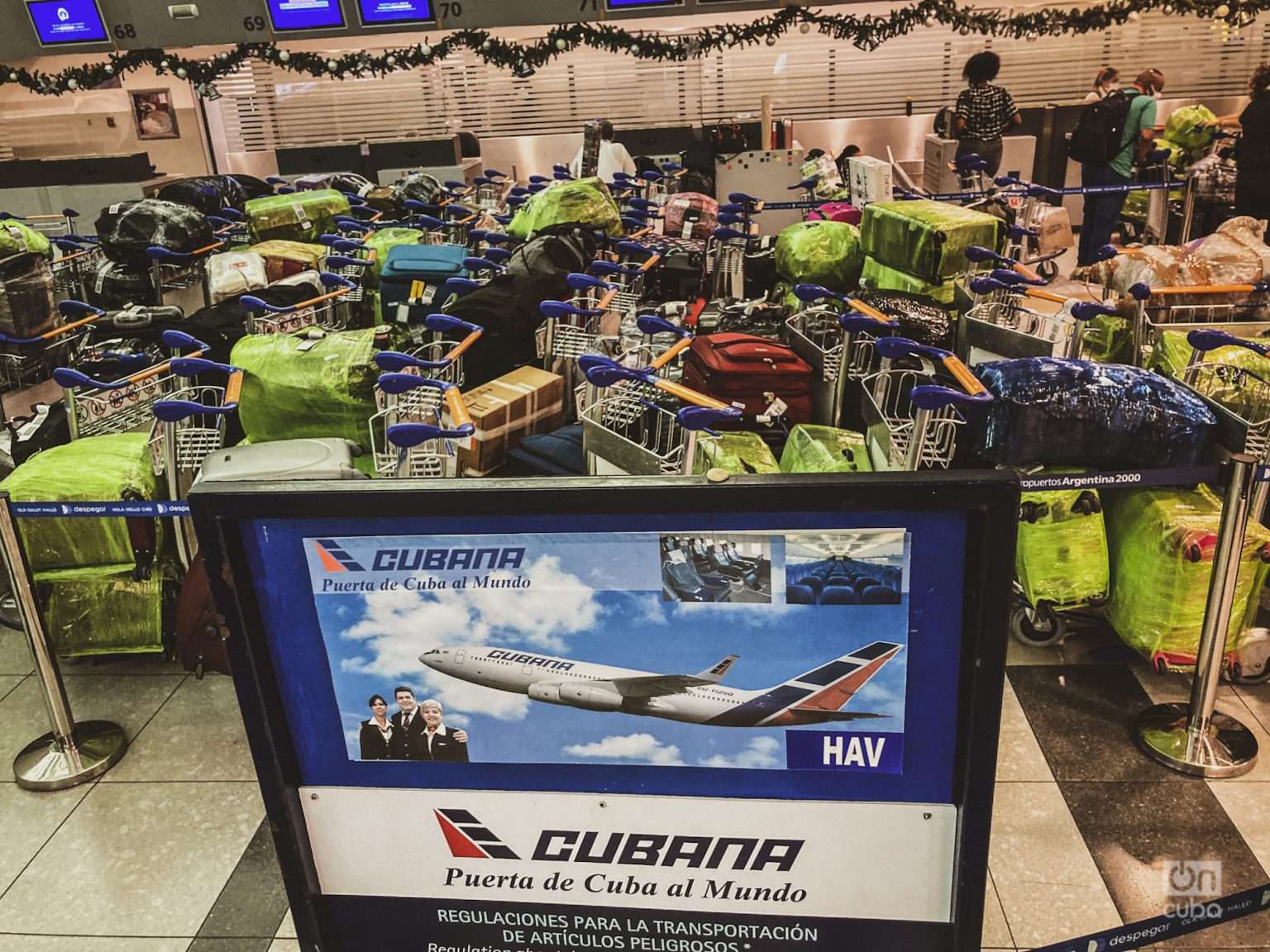 I did it almost to the end of the line. Not long before my friend Leandro was patiently waiting for me and had scored for four people on the line. In other words, there were still two friends to arrive, Yuri and Amado.

None of them would travel. The passenger was just me but Leo was carrying a wheelchair for his grandmother to ship with my luggage. The other two friends, who were also not traveling, brought a few suitcases loaded with food, toiletries and medicine, which would also be part of my luggage.

At this point, I was in charge of four large and one small suitcases, a wheelchair and a backpack with my camera equipment. As established by Cubana de Aviación, on this flight from Buenos Aires to Havana, Cubans are allowed to carry two suitcases of 30 kg each free of charge and one paid as excess baggage.

Applause for the national airline, which is often the target of criticism and memes. But it should be noted that in these unhappy times he has put in place measures to facilitate access to tickets for Cubans residing in Argentina with discounts and, also, with the transport of food, medicine and toiletries for the Cuban family. 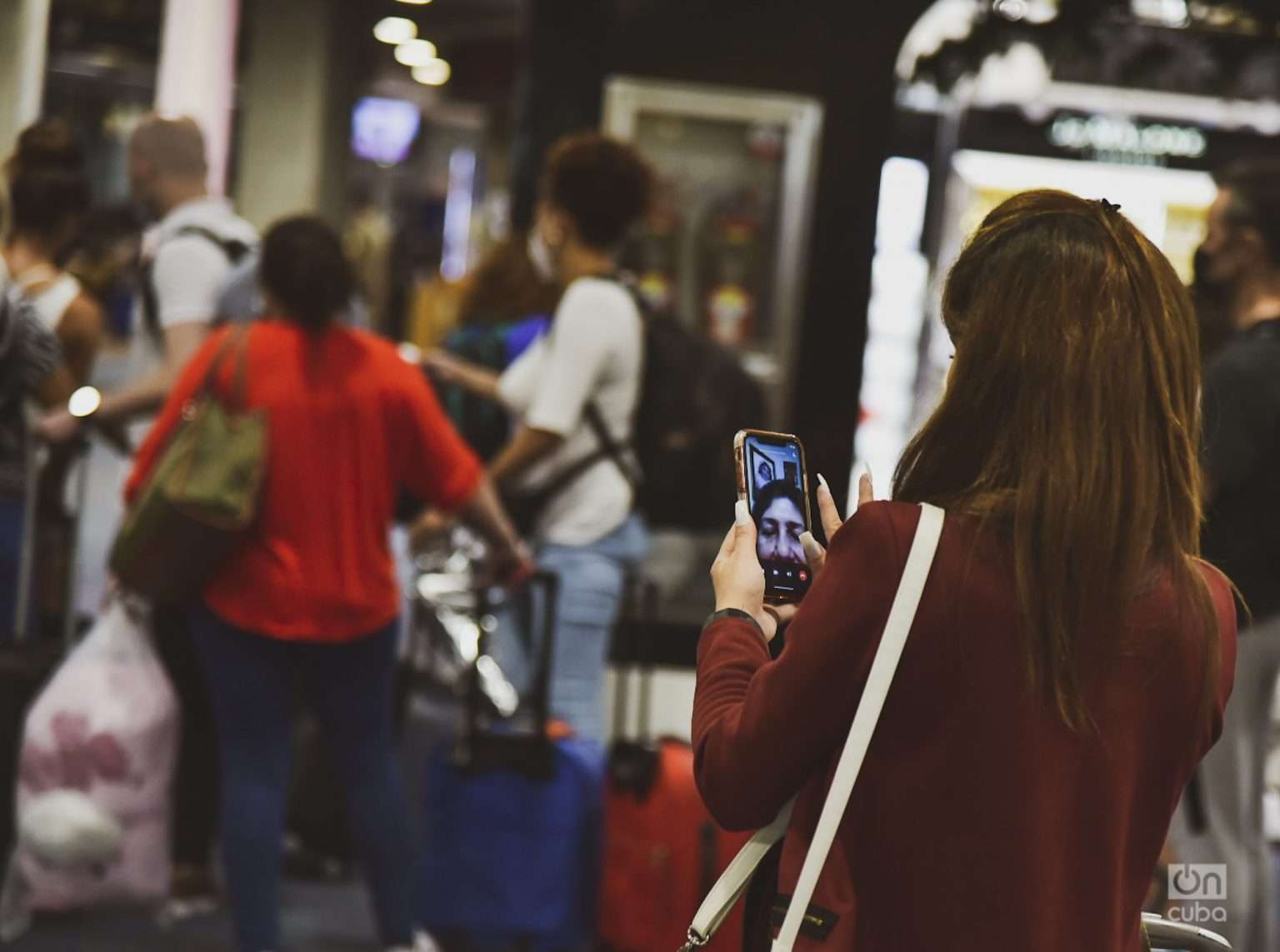 “There are four of us,” I said to the man behind us on the line, so that there would be no misunderstanding, because in each line “respectful” of Cubans, from moment to moment. other, others seem to intervene. My interlocutor raised his eyebrows and resignedly emphasized that everything was fine.

And then a lost lady asked me if I was “the last” for Havana. “No, you have to go around that column and you will see that the line is still there,” I replied. I look at the horizon without finding an end and I only hear him say “candela!” as she walked away.

In this scenario, I doubted for a second whether I was waiting for the P1, at 23 and K, or the Cubana plane, in Buenos Aires.

Another problem, while waiting for the line to advance, we use it to organize and reorganize the packages. When Cubans travel abroad, they are constantly concerned about their excess baggage.

Traveling everywhere loaded is one of the karmas of Cubans. Our trips are not calculated in the time that a flight can take from any city in the world to Havana. This trip has been reckoned for months before, in which different things are obtained to take to the island. From food, medicine and toiletries to sloppy items or the most unusual request of a family member.

While spending hours in a queue at the airport for a flight to the island, another distinguishing feature of the fact that the vast majority of these protagonists are Cuban passengers is that the Cuban accent is heard in the middle. of the murmur. This Cuban speech is like a soundtrack, the “cubaneo ”, a popular encompassing term and not yet recognized by the Royal Spanish Academy (RAE), which describes when a group of Cubans abroad is exacerbated by means of posturing, greetings, smiles and grammatical constructs in the “que bolá” style… “en la lucha”… “let’s see if I can send a small package to the pura. 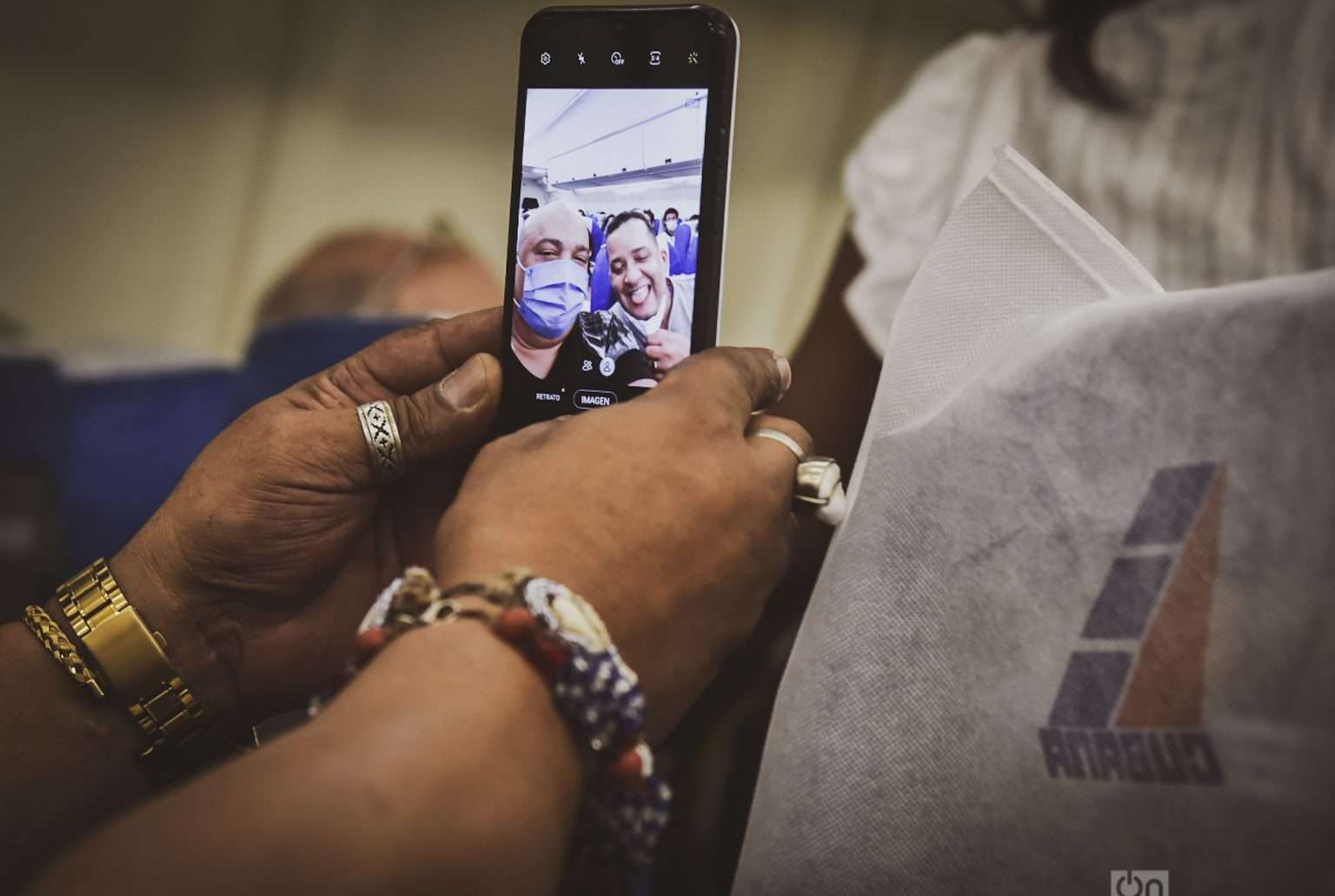 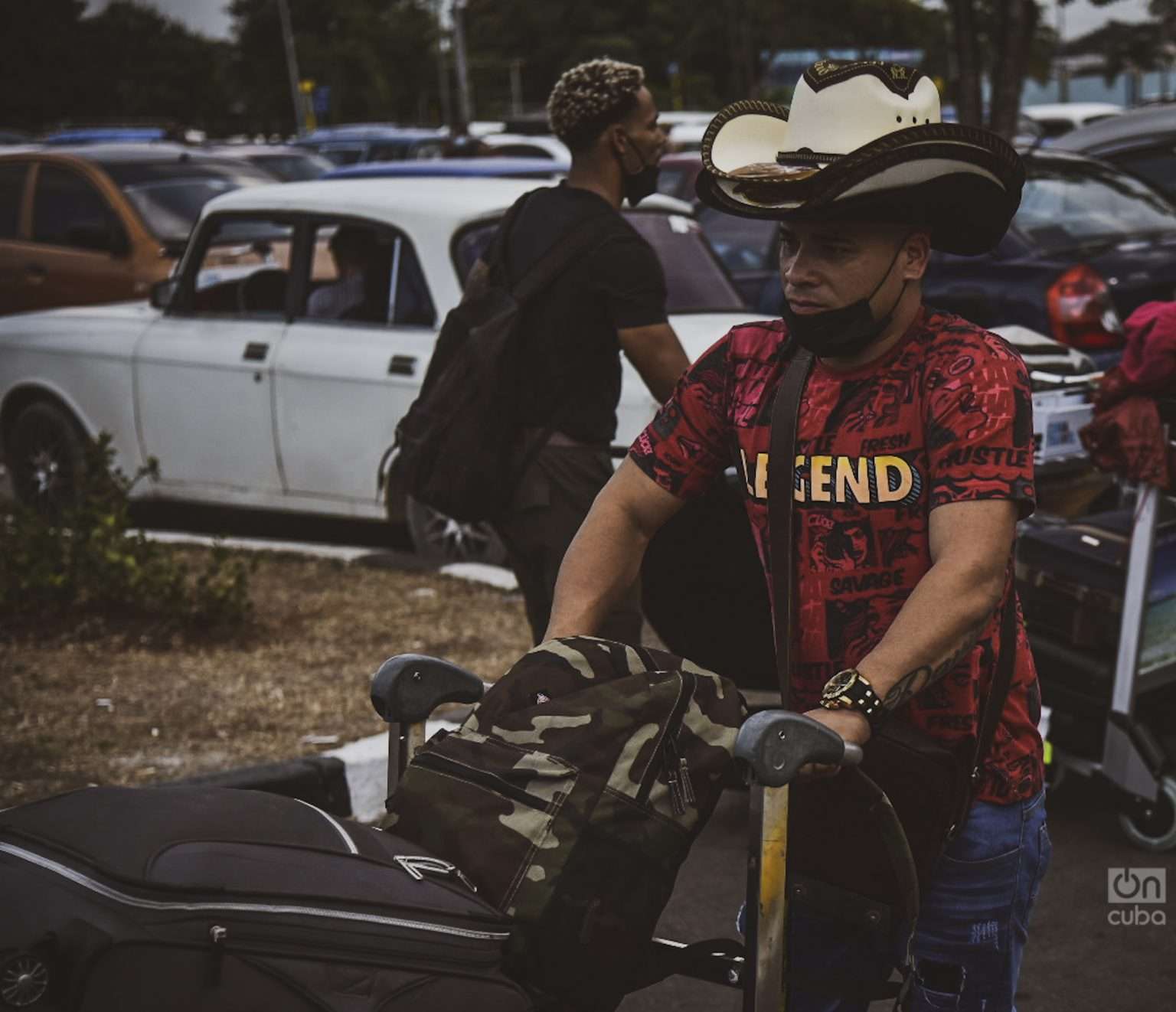 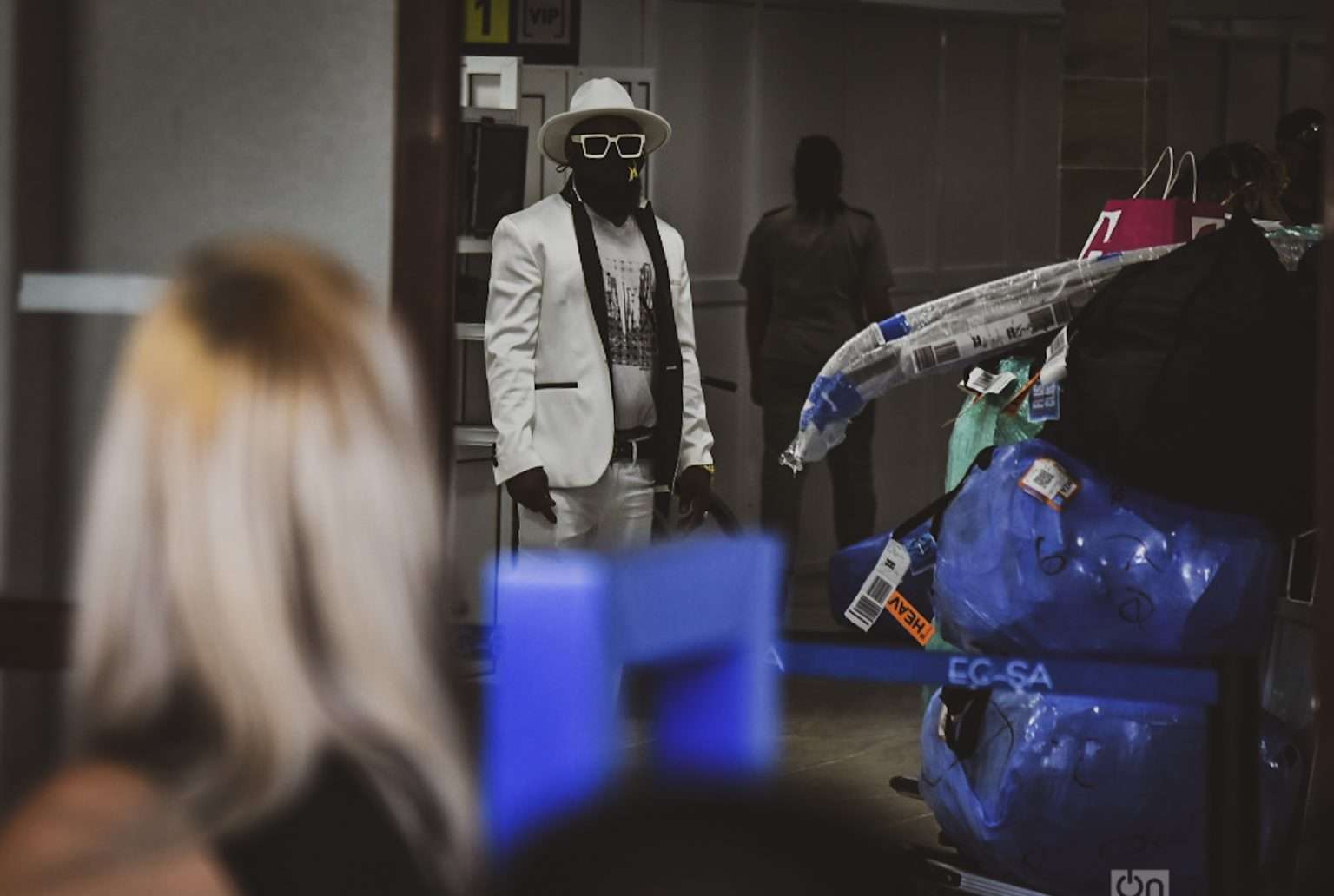 And then always appears this charismatic character, who greets everyone at the top of their lungs even if he doesn’t know anyone. This Cuban has lived “a bunch of years” outside Cuba, but he comes to terms and feels in his surroundings and “at his own pace”. The main thing for him is that everyone in this place knows that he is Cuban. In this way, he deploys his talents as a conversationalist and spends a moment with this one and a moment with the other. He makes jokes and talks about all matters concerning national events. He will talk about the state of the Cuban economy, as well as the latest showbiz gossip.

As time passes on this line which does not advance, Cubans, patient and accustomed, remain serene. Anyone who is not Cuban, someone who goes as a tourist to Cuba, is immediately noticed because, quite simply, he despairs and does not understand that this line, which remains almost static, where we shout “the last oneeeee », Is already part of the experience of being on the island. 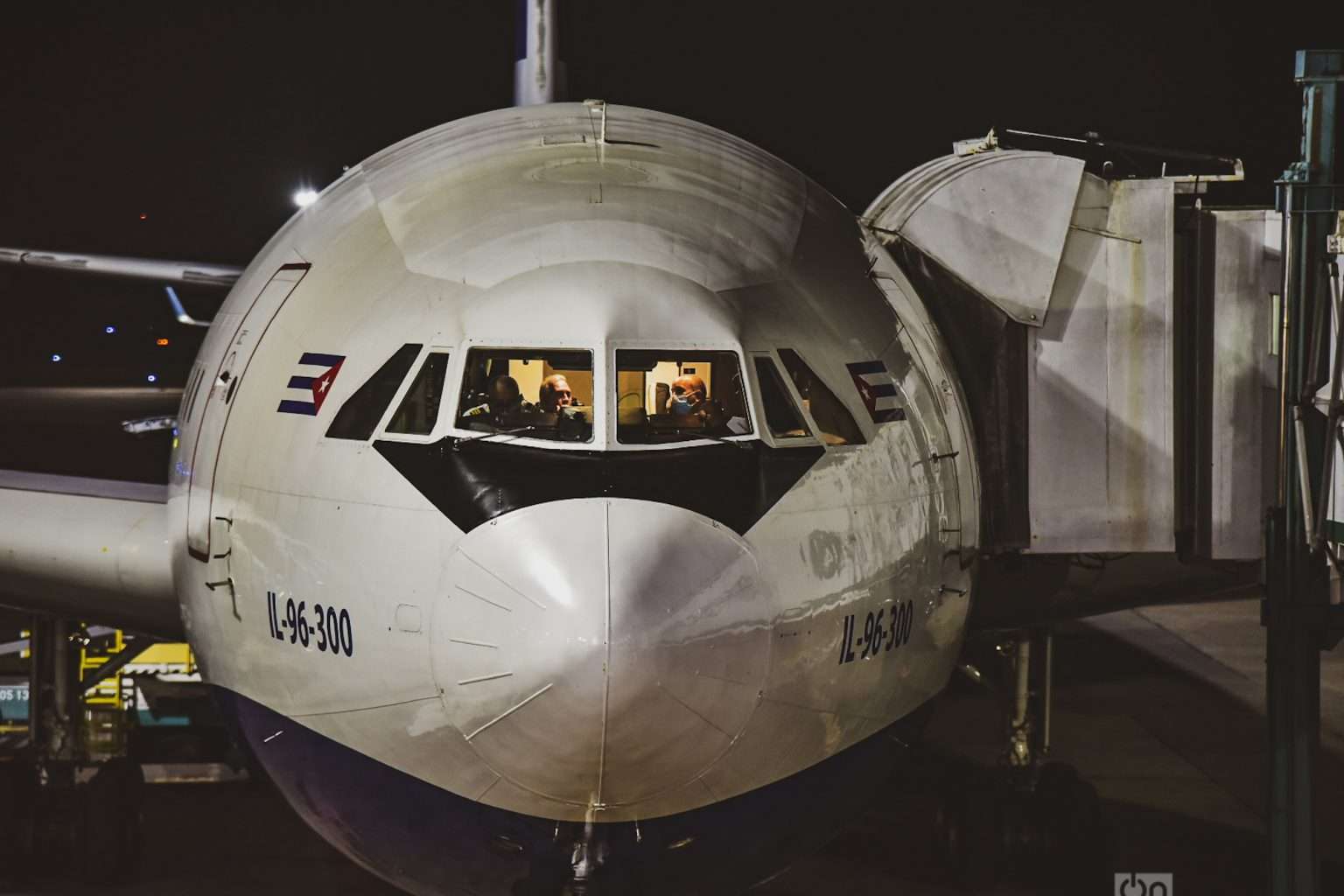 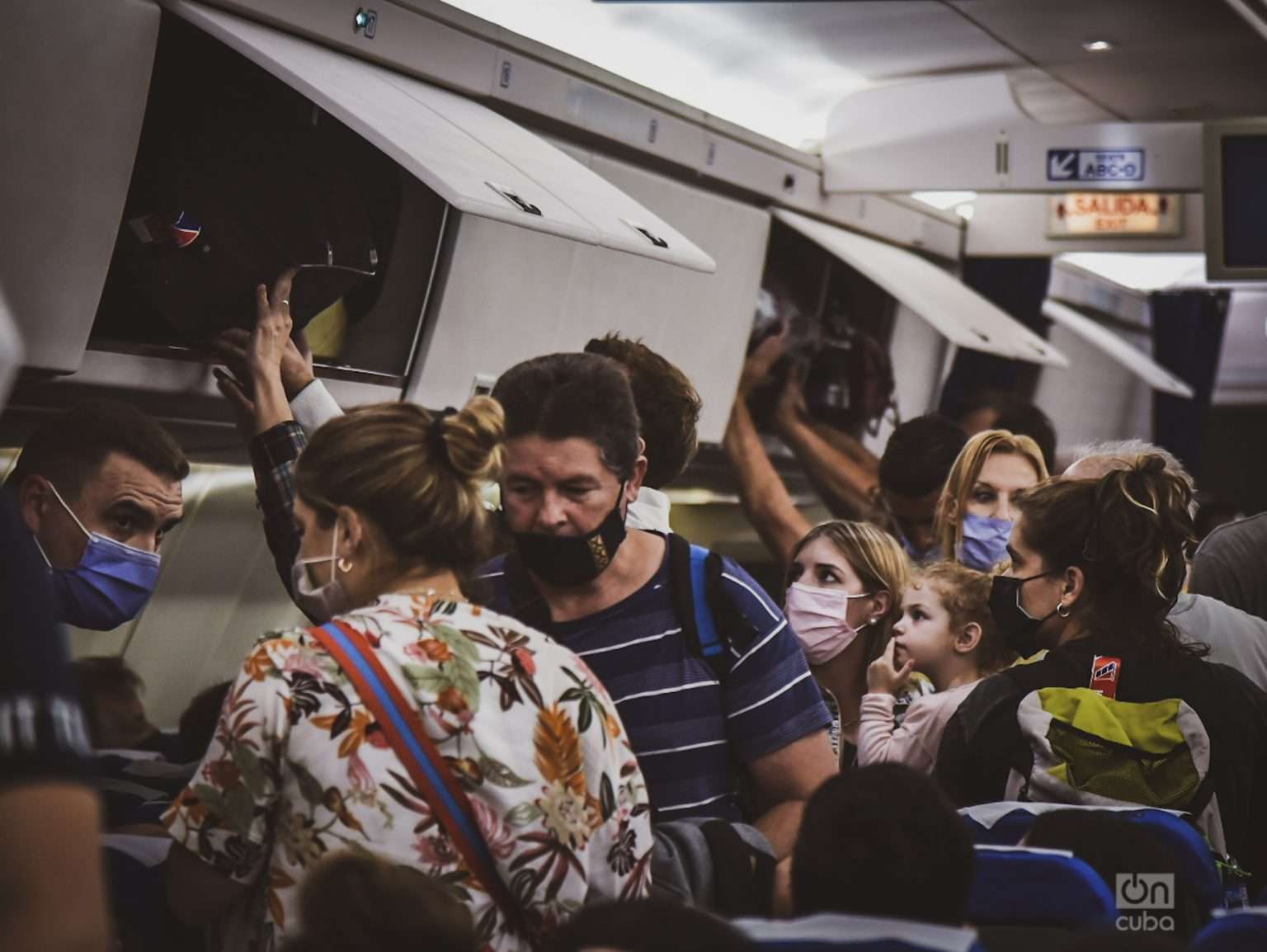 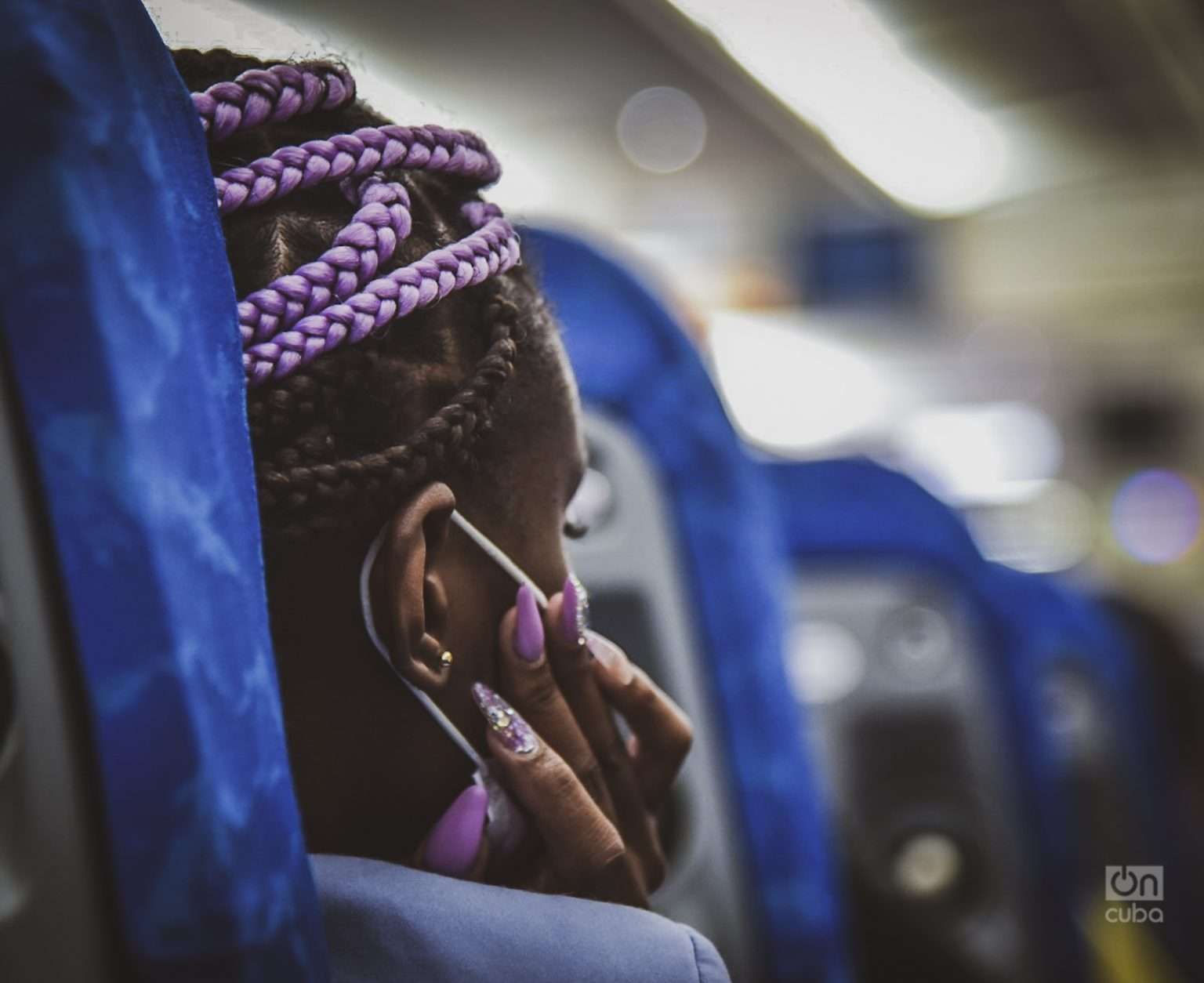 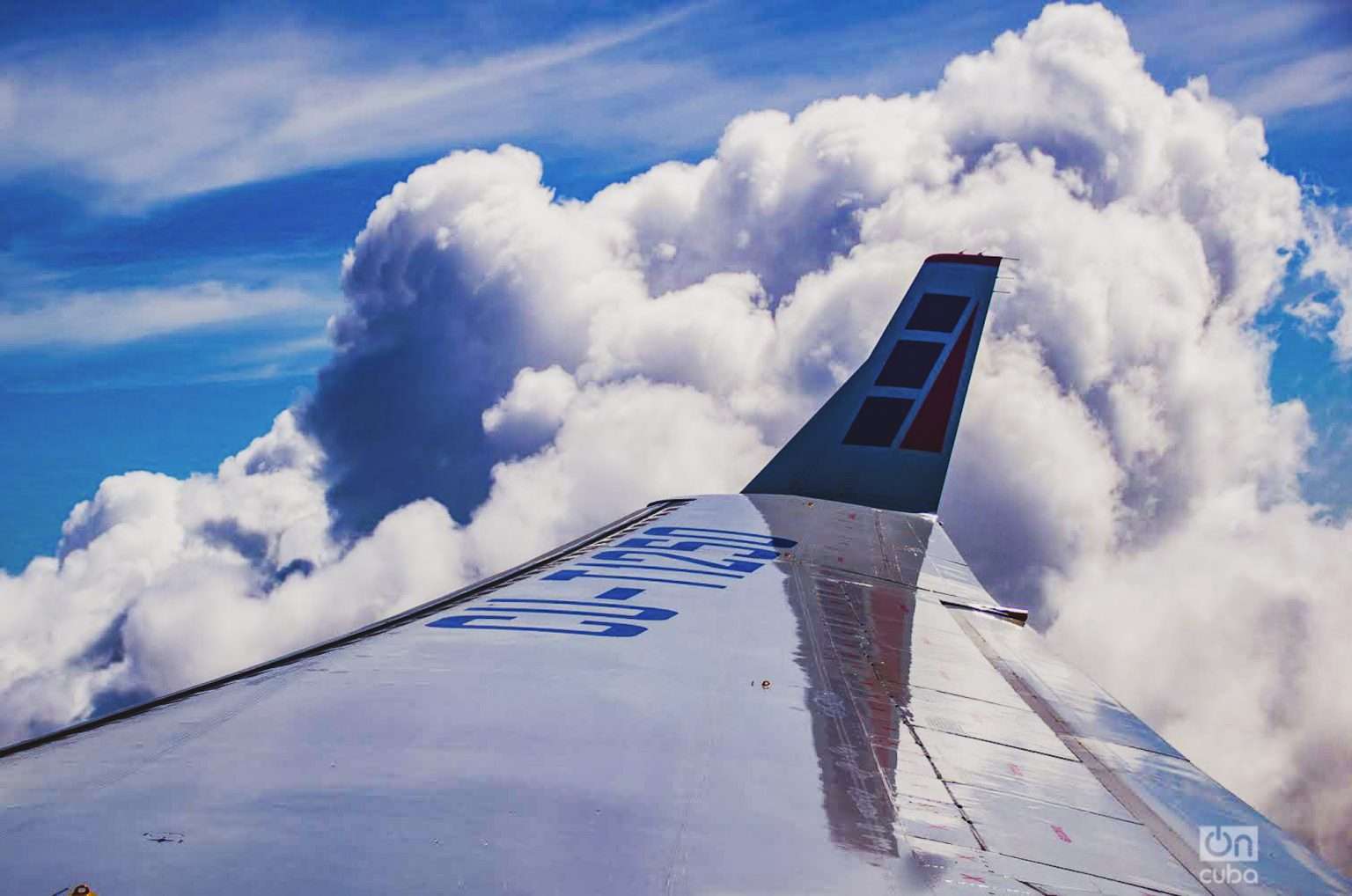 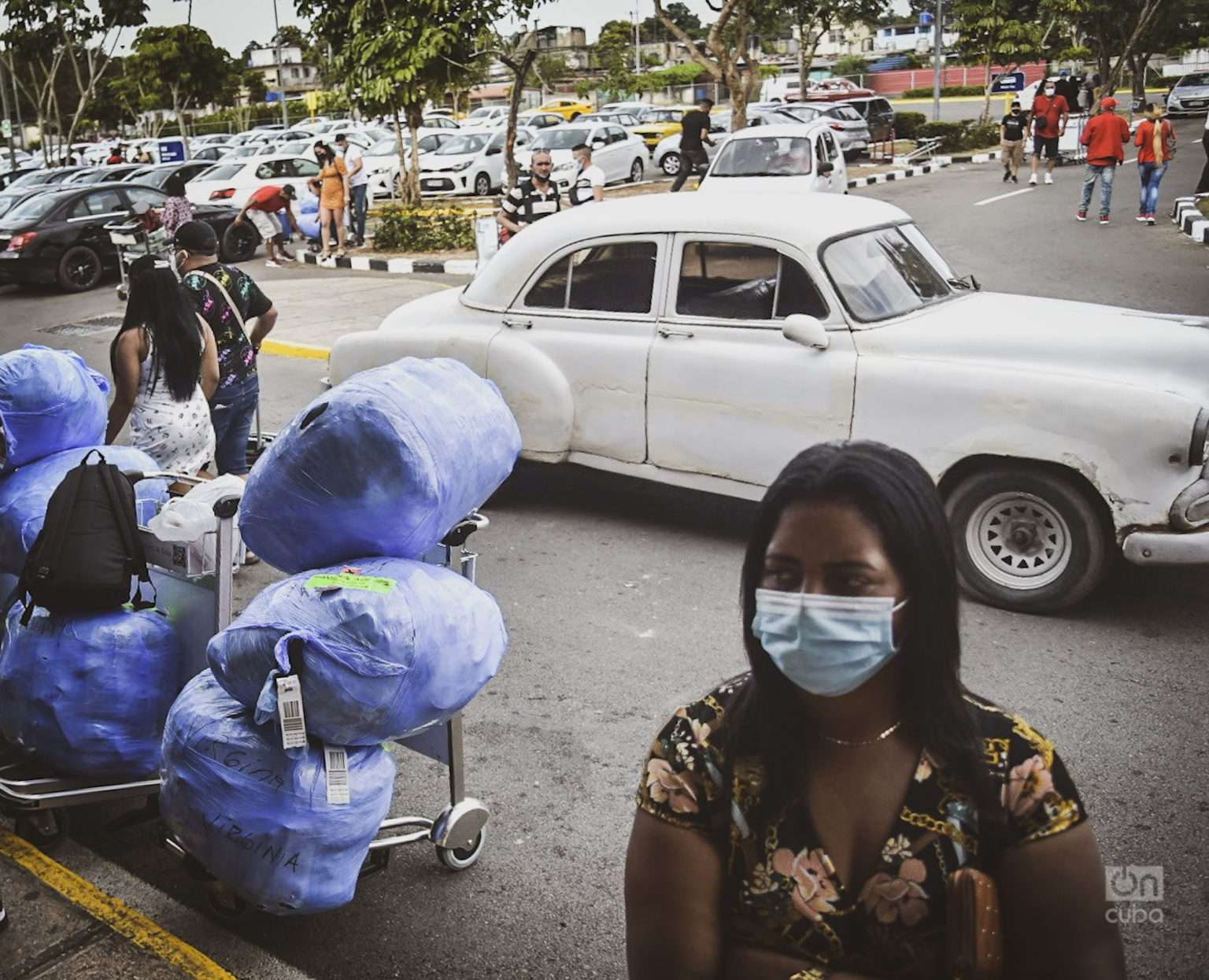 The line, with all the attributes that distinguish it from an authentic Cuban line – even for controlling a flight -, regardless of the airport, is Cuban territory.

With a Soviet Zenit camera, money, and a bag containing more illusions than clothes or food, I started traveling with my backpack through Cuba at the age of 18. Photography and journalism then appear as a necessity and will forever become a form of activism.